"It is the students' stage"

Covestro employee Sönke Ibs was awarded "Business Advisor of the Year" by the non-profit organization Enactus.

Sönke Ibs has already experienced a lot throughout his career. After starting his professional path in 1995, Ibs joined Bayer in 2001. After starting his career in the field of planning electrical systems, he worked as an energy manager and in maintenance and servicing in production. This also included several years abroad in China - among other things as electrical area manager for the MDI plant there. Ibs has been back in Leverkusen at Covestro since 2018. Since then, he has been working in the technical audit department. Ibs also volunteers for the non-profit organization Enactus. He has now been awarded "Business Advisor of the Year" for his efforts. In an interview, he explains how this happened and what lies behind it.

Sönke, you were awarded "Business Advisor of the Year" this year. What does that mean for you?

Well, let me start with a brief introduction: My involvement with Enactus began back in 2014 while I was working for Bayer in Shanghai. Enactus is an international organization that is active in 37 countries. More than 75,500 students get involved, get together in teams and realize project ideas. The overriding goal of these projects is to improve the living conditions of people worldwide. At that time, judges were sought for the Regional and National Cup in China. These are annual events where teams meet to exchange ideas, network and, above all, present their projects to a jury. I then responded to an internal Bayer e-mail to sign up as a judge. A few of the projects presented there appealed to me so much that I offered my support to the students right away. When I returned to Germany, I found out that Covestro Germany also cooperates with Enactus. And so I continued from here and have since been supporting the young start-ups as a mentor from the company side - in other words, as a "business advisor." This year I received an award for this. 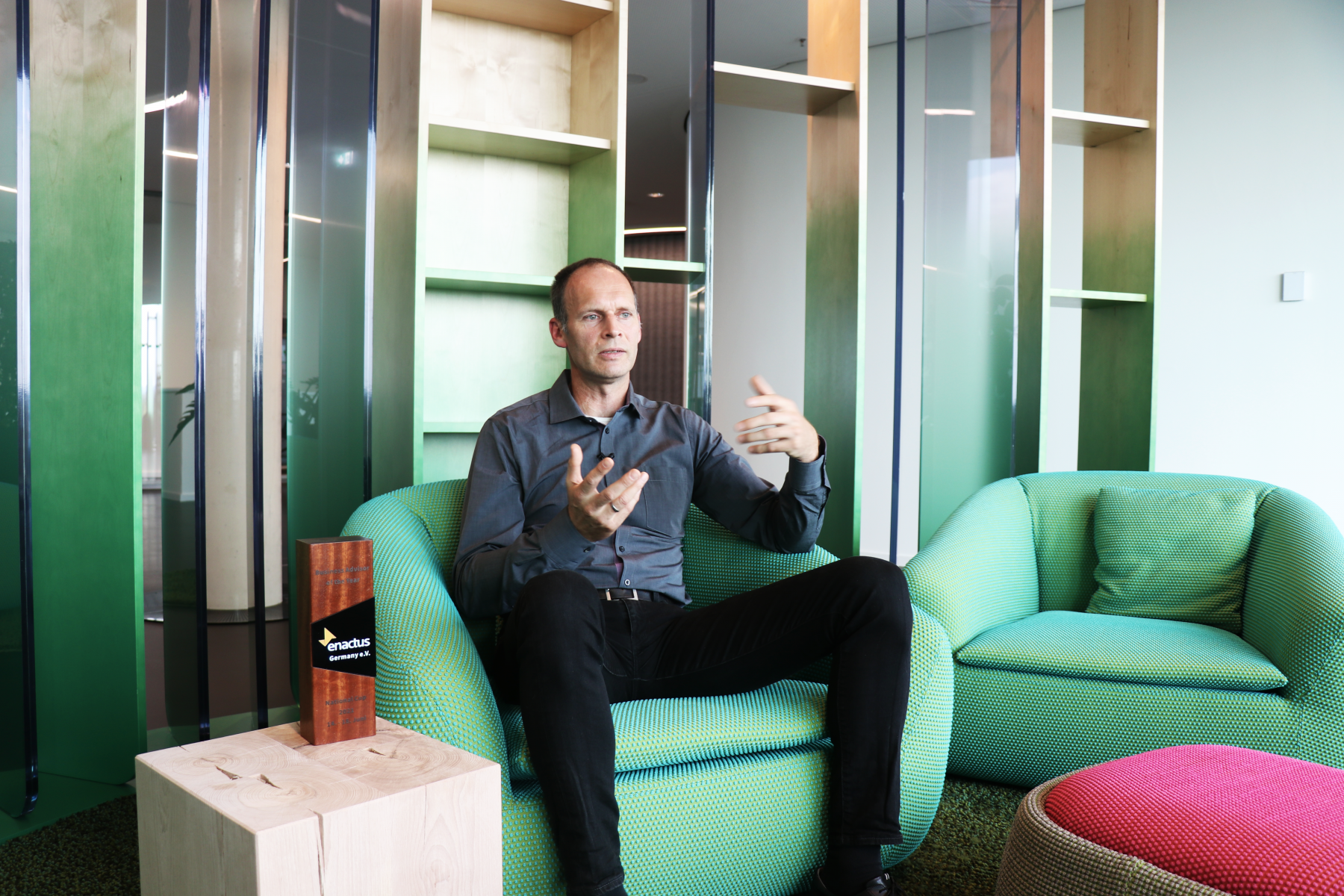 Soenke Ibs_Enactus
Sönke Ibs, Technical Audit at Covestro, was awarded "Business Advisor of the Year" by the non-profit organization Enactus.

Congratulations! What exactly does the work as a business advisor look like? Are there any particular qualities you should bring to the table?

Thank you very much! Basically, I would say that - like any consultant or advisor - you should have the will and the fun to share your knowledge openly. You have to know your skills and how to use them profitably for the projects. It is also important to motivate your team in difficult situations. At the same time, you should also be able to take a step back. It's not my stage, it's the students' stage. In a nutshell: Being there when it counts, but keeping your mouth shut when it's not necessary. If you internalize that, it can work very well.

The bottom line, after all, is that it's the students who decide whether or not they want to work with an advisor. But I don't know of any group that would say no if someone offers themselves with sincere interest.

Being there when it counts, but keeping your mouth shut when it's not necessary.

It sounds like as an advisor you also have a learning curve yourself?

Yes, absolutely. There are a couple of things I learn myself in the process. One example: In preparation for the 2021 National Cup, students from Aachen asked me for feedback on their presentation. I actually had nothing to do with the project. I suggested making it more upbeat and colorful - a bit "louder". But I understood in the process: That's not really what it's all about. It's about presenting a project as it actually was. Even with the mistakes you made along the way. In this way, you connect with the jury and take the judges with you on your own journey. I then immediately shared this insight with the team.

It's not possible to put a precise figure on it. It takes about one to two hours a week, you could say that. Of course, there are also times when it takes more or less time. As a potential advisor, you basically go into a project first and see if it's interesting. Working with the team is also based on that. What students may not necessarily need is someone who just pops up once or twice a year with an email that's a mile long, just stating everything that's going wrong.

For me, what has turned out to be perfect is to regularly sit in on student project meetings and make an offer: have you thought of this in your process? Or: Here's what you could do. Quite often you see advisors who want to meticulously dictate how a project should go. But that's not how it works. Students want to make their own experiences and their own mistakes. But if you accompany them on their way and give them a nudge in one direction or a tip in another, that's what I think works best. 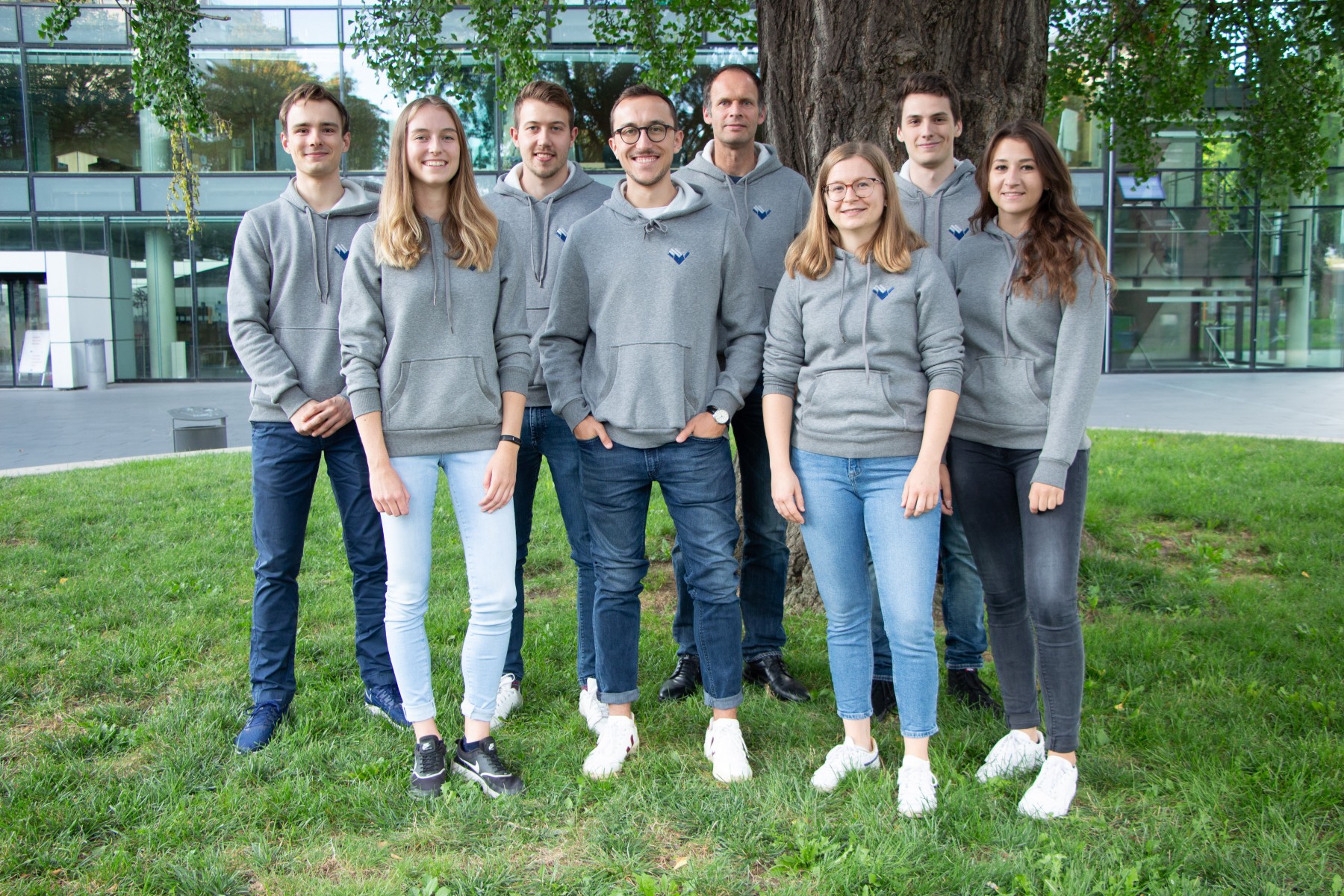 Do you also get something out of the projects for yourself?

With Enactus, it's like in all honorary offices: You join because it also gives you something. I really enjoy working with the students. And of course it's great to get feedback that my support is helpful.

In my current project for Uganda, for example, there was a key experience. The students had developed hand and arm prostheses from the 3D printer in order to offer them locally at a reasonable price. We had an initial discussion with a doctor working there, whom we wanted to win over as a partner. During the conversation, my students became increasingly quiet and uncertain in their approach. I sensed that a different, more determined appearance was needed toward him. So I was able to get the conversation back on track and secure his cooperation. That's when I realized: I can really add value with my experience. I have been involved in the Uganda project since it began. The students were there only recently and produced the first eight prostheses and fitted them to those in need. 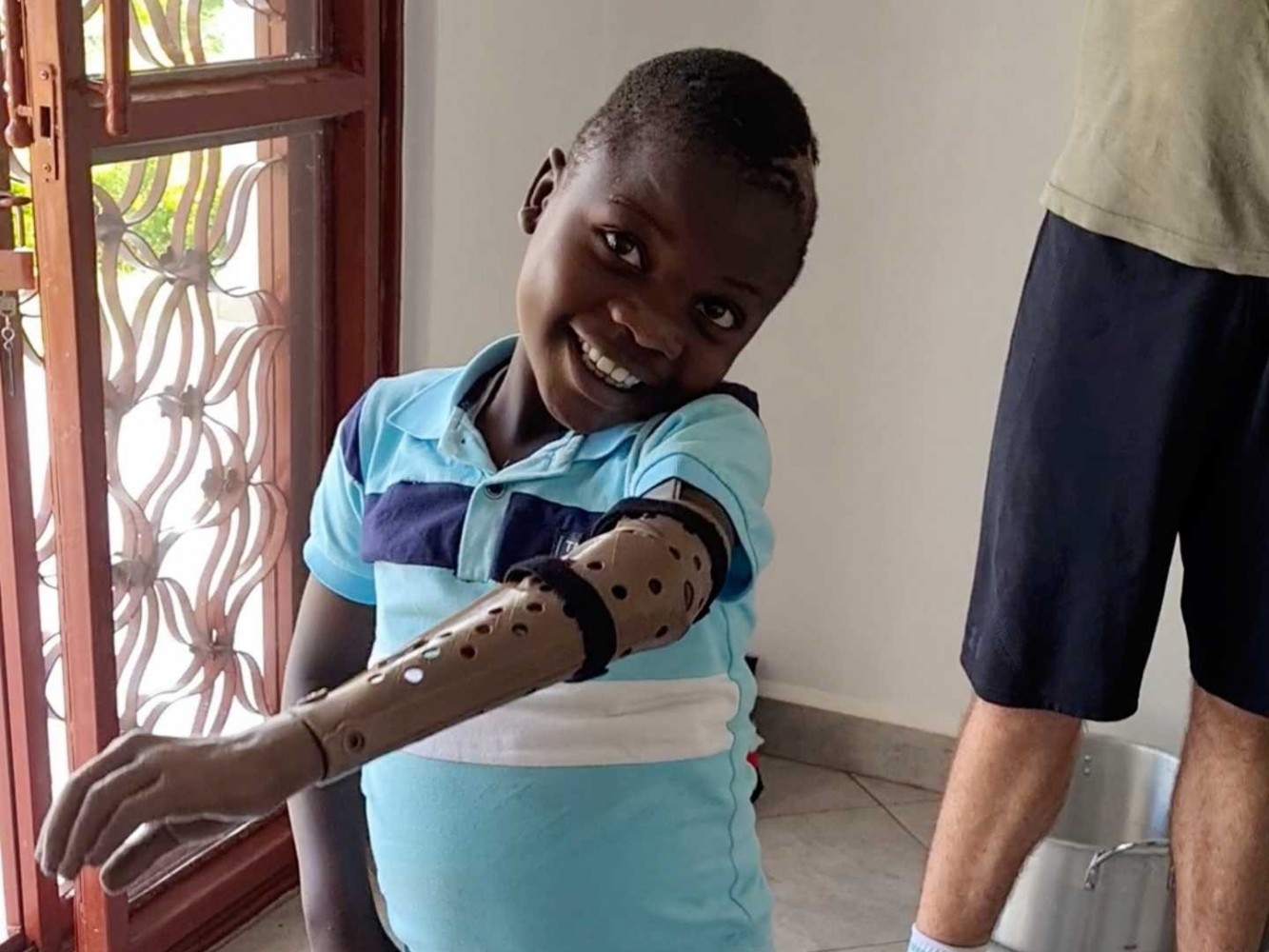 Enactus Uganda_3D Project
Pictured: Elvis from Uganda, burned his arm so badly as a small child that it had to be amputated. Now he has received a prosthetic arm from the 3D printer.

Is there any advice you would give your students when it comes to starting a business?

I would like to answer this with two of my guiding principles: Only do what you enjoy and: If you do something, do it one hundred percent. Or don't do it at all.

Of course, you can speak a lot, you can advise a lot, but I believe that when someone enjoys something, a certain motivation automatically evolves. Motivation is the first thing that drives us, after all. It's not the fear I have of doing something wrong or the pressure my boss puts on me. I get the best out of myself when I'm motivated.

Thank you very much for the interview, Sönke, and good luck with your future projects with Enactus!

Cooperation with Enactus and Covestro is also the topic of the Home Office Talk with Klaus Peter Meier, President of Enactus Germany, and Hanno Brümmer of Covestro: https://www.youtube.com/watch?v=Aa63aJxVjog

"It is the students' stage"
Newsroom

Stepping up to the plate
„We have the drive that it takes“
A circular EU plastic economy until 2050 is possible!
International Women's Day - A Day to Celebrate?
Adhesive raw materials division in Spain pioneers – they are running solely on green electricity
“Sticking together in these times: That's what makes us special at Covestro”

Stepping up to the plate

“Sticking together in these times: That's what makes us special at Covestro”