Covestro at the German Innovation Award 2020 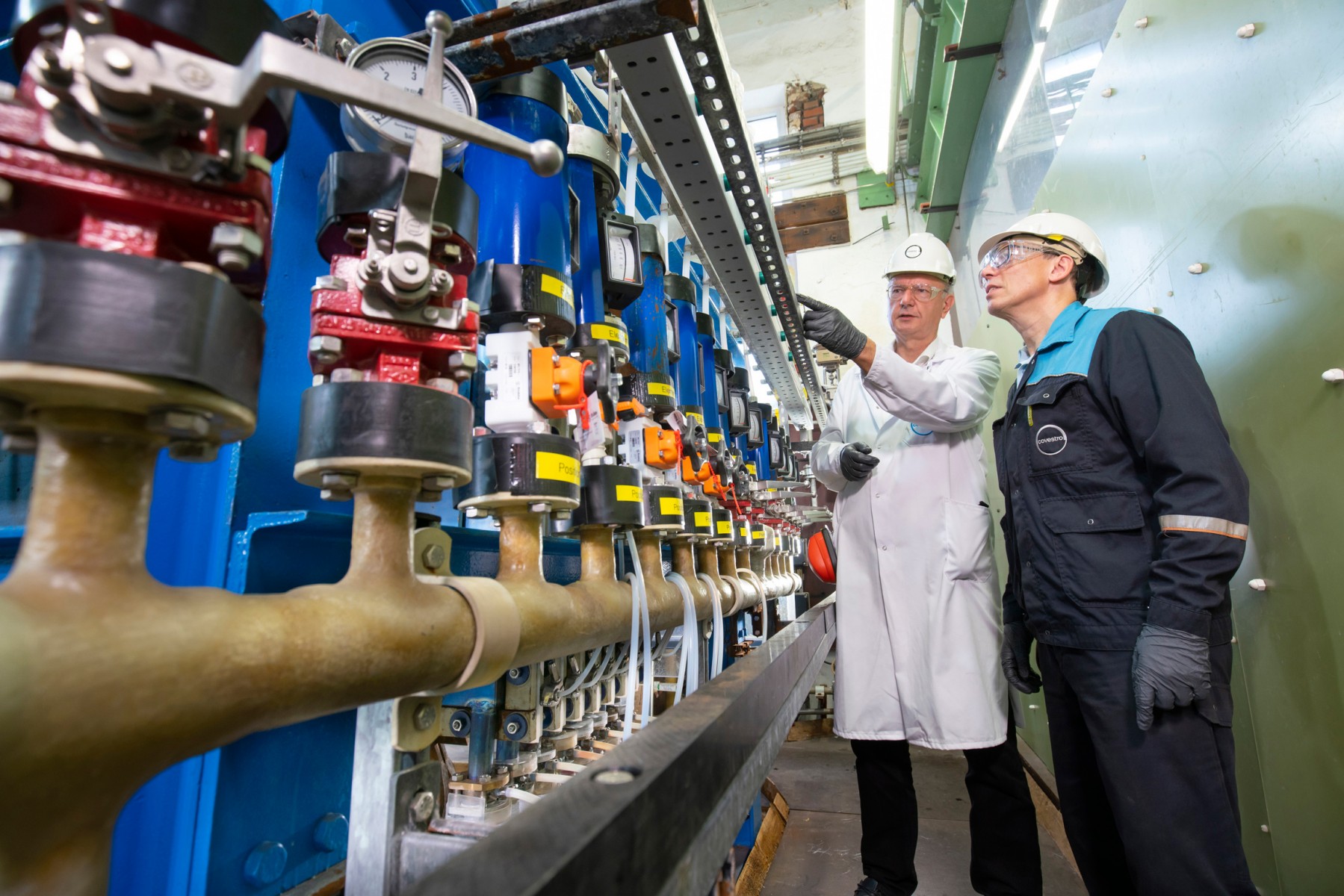 Among numerous innovative projects and business models, the German Innovation Award jury has honored Covestro as one of three finalists in the category “Major Companies” for the development of a new technology for chlorine production – the oxygen depolarized cathode (ODC). The award honors outstanding, groundbreaking innovations developed by German companies, which are improving markets and industries with their innovative capabilities. It is awarded under the patronage of the Federal Ministry of Economics by the magazine WirtschaftsWoche, the consulting firm Accenture and the energy supplier EnBW.

“We congratulate the company Dürr on winning first place,” is how Dr. Klaus Schäfer, Chief Technology Officer of Covestro, commented the result. “We have made the leap into the group of the best which comprises a large, strong field. This nomination by an independent jury of experts reflects the high level of our innovative strength and the outstanding expertise and engagement of our employees, who made this success possible in the first place.” Schäfer continued.

Covestro employee Andreas Bulan and his team, together with ThyssenKrupp Uhde Chlorine Engineers, were responsible for developing the ODC technology. It is based on the conventional membrane method, which uses rock salt, water and electricity to form chlorine, caustic soda and hydrogen. The ODC process replaces the usual hydrogen-producing electrode with an oxygen depolarized cathode. This suppresses the formation of hydrogen, leaving only chlorine and caustic soda lye.

What’s so special about this process is that the voltage required is only about two volts instead of three. Energy consumption and CO2 emissions are reduced by up to 25 percent. This means that the constantly growing demand for the basic chemical chlorine can be met in a much more resource- and environmentally friendly way than before. And that's not all: with the same plant size, the new process can produce about 30 percent more chlorine.

“Our innovation has two positive effects at the same time: lower emissions in generating the required electricity and more efficient management of – ideally – regenerative energies,” says Hanno Brümmer, who is responsible for the production of base chemicals at Covestro. “We have successfully mastered this challenge with persistence throughout a long process.”

Worldwide, about 80 million tons of chlorine is currently produced annually – and the trend is rising. If this were to be based entirely on ODC technology, some 35 million tons of CO2 could be saved worldwide each year. At the same time, the potential of this technology extends far beyond the production of chlorine: it can also be used, for example, in stationary energy storage systems, for enhanced power generation from hydrogen or for decentralized water treatment. Covestro uses ODC technology in a chlorine production plant in Krefeld-Uerdingen and is currently constructing the first large-scale production plant based on ODC technology at its Spanish site in Tarragona.

With 2019 sales of EUR 12.4 billion, Covestro is among the world’s largest polymer companies. Business activities are focused on the manufacture of high-tech polymer materials and the development of innovative solutions for products used in many areas of daily life. The main segments served are the automotive, construction, wood processing and furniture, and electrical and electronics industries. Other sectors include sports and leisure, cosmetics, health and the chemical industry itself. Covestro has 30 production sites worldwide and employs approximately 17,200 people (calculated as full-time equivalents) at the end of 2019.

Nominated: Energy-saving chlorine production
Back to the Newsroom