The circular economy as growth engine

This blog article was also published in the “blog politische ökonomie” on February 2, 2022.

It would have been a strong signal. In December, the UN Security Council could have classified climate change as a threat to peace and security for the first time. But Russia and India said no; a damper on the momentum of the World Climate Conference in Glasgow. Yet the gravity of the situation is unmistakable. Global CO2 emissions continue to rise – after a decline in the first Corona year, there was probably a five percent increase again in 2021 to a good 36 billion tons. Last year, Germany apparently even recorded the highest increase in its greenhouse gas emissions since 1990, taking it off the path to the 2030 climate target. That is why the German government has just launched an emergency climate protection program.

But climate change is only one facet of the global triple crisis that threatens planet Earth and its inhabitants. Added to this is the creeping exploitation of resources: humanity has been living beyond its means since 1970. At the same time, environmental destruction is progressing, with species extinction and a waste crisis. At least one third of the municipal waste produced on earth is not disposed of properly.

The linear economy is not sustainable

This cries out for change. And we do indeed need a different way of living and doing business, we need to fix old flaws in the system. First and foremost is the high climate intensity, especially in industry: 45 percent of all greenhouse gas emissions come from the production of everyday goods. In addition, production and consumption are still largely unidirectional: extract, use, throw away – a purely linear affair.

In contrast, far too little is recycled. The global rate is only 8.6 percent and is therefore actually declining. Closely related to this is the obsolescence inherent in our economic and social system: consumption and products that are designed to last and be replaced quickly.

So: a comprehensive plan for the future of ecology, economy and society is needed. A concept that preserves the planet while enabling value creation and prosperity on a better foundation than at present. And which, ideally, also leads to more sustainable social interaction. For me, this concept is the circular economy. It is the overarching vision that should guide and motivate us, the key to climate neutrality, resource conservation and environmental protection. 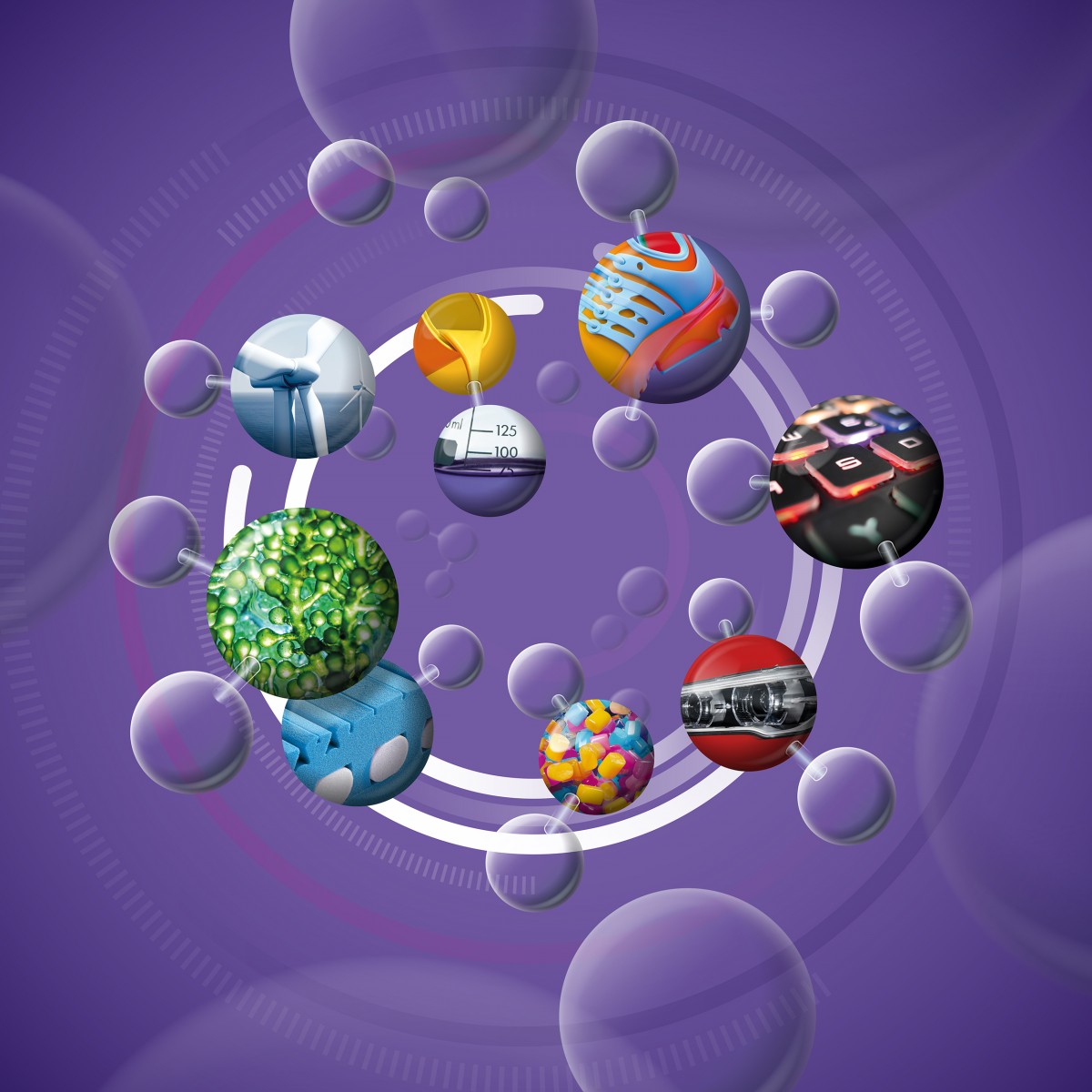 The circular economy as a global guiding principle

Making the circular economy a guiding principle: a worthwhile goal, but one that will also demand a lot from us. First and foremost, we need a mental shift, we need to be ready to put an end to the ex-and-hop mentality. Instead, we need to use goods for a long time and several times, and repair more. Avoid waste and regard unavoidable waste as a valuable resource. And above all, make products recyclable from the outset.

Admittedly, this will not be a comfortable journey. We need to get out of the comfort bubble. We need XXL doses of determination, perseverance and courage – companies, politicians, every single citizen. On the other hand, the transformation to a circular economy and life is not a sheer imposition. On the contrary, the circular economy is also an economic stimulus program par excellence. It has enormous potential for value creation, growth and employment. If we manage to unleash it properly, Europe could reap economic benefits of around 1.8 trillion euros by 2030. 700,000 new jobs could be created, and a 0.5 percent increase in European GDP would be possible.

An industry reinvents itself

The chemical and plastics industry has already embarked on a major transformation. It is in the process of abandoning well-trodden paths. This means not only consistently switching to renewable energies, but also at the same time igniting a veritable revolution on the raw materials side toward renewable sources. Fossil resources such as oil still dominate. But the changing of the guard has begun: by waste, biomass and CO2, which can provide us with sustainable, renewable carbon. Thus, this important element is going in circles instead of being drawn into the atmosphere.

Already, for example, the carbon in the important basic chemical aniline can be obtained entirely from plants. Research breakthroughs like these are creating a sense of optimism. In the market, too, the average annual production growth of biobased plastics is currently eight percent – higher than the growth in polymers overall.

The recycling of carbon dioxide is also on the rise. More and more companies are using CO2 as an alternative raw material. For car parts, for example, or for mattresses or sports floors. And politicians are also recognizing the potential of "Carbon Capture and Utilization (CCU)". Not only to avoid further CO2 emissions, but also to recapture the climate gas from the atmosphere, keyword Direct Air Capture. Waste and plastics that have reached the end of their useful life also form a huge unused raw material store. In Germany, for example, only about 16 percent of plastic waste is actually processed into recyclate. 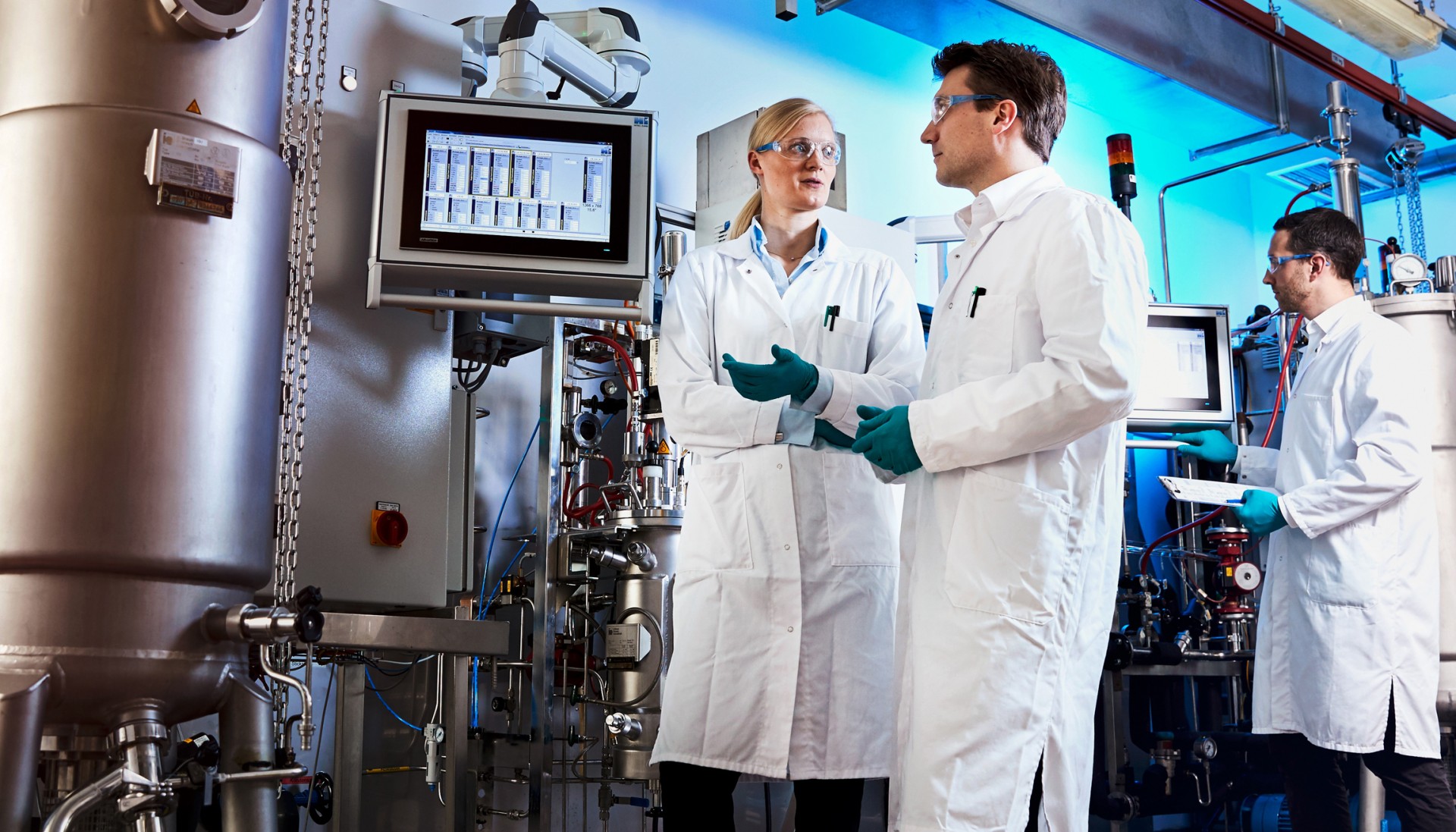 The circular economy as growth engine
Among other things, Covestro is researching new technologies to increase the use of bio-based raw materials – in this case, the production of the basic chemical aniline from purely plant-based raw materials. © Covestro

If we combine waste, biomass and CO2 as well as green electricity in production, fantastic prospects arise. In fact, plastics with net zero emissions could be produced in this way, as a group of researchers recently explained in the scientific journal "Science". And with less energy and cost than if the conventional fossil-based production method were used in conjunction with carbon capture and storage (CCS).

But to boost recycling, we need more alliances along the entire value chain – from raw material suppliers to end users. Only in this way will we succeed in consistently establishing and expanding waste management systems. In parallel, technologies must be further developed. Above all, chemical recycling, which is still in its infancy, is paving the way for recycling plastics on a large scale. The fact that it is now included as a recycling option in the coalition agreement can be seen as an important impetus for the circular economy.

The pillars for a more sustainable, more resilient system have thus been rammed into place. With the circular economy, we can protect the climate, nature and resources and make growth within planetary boundaries a reality. We have a plan – let's put it into action! Because nothing is stronger than an idea whose time has come.

The circular economy as growth engine

Obstructing the future?
How to actually measure climate neutrality?
"Fathers want to take a more active role today"
New Map for a Net-Zero Chemical Industry
Stepping up to the plate
„We have the drive that it takes“