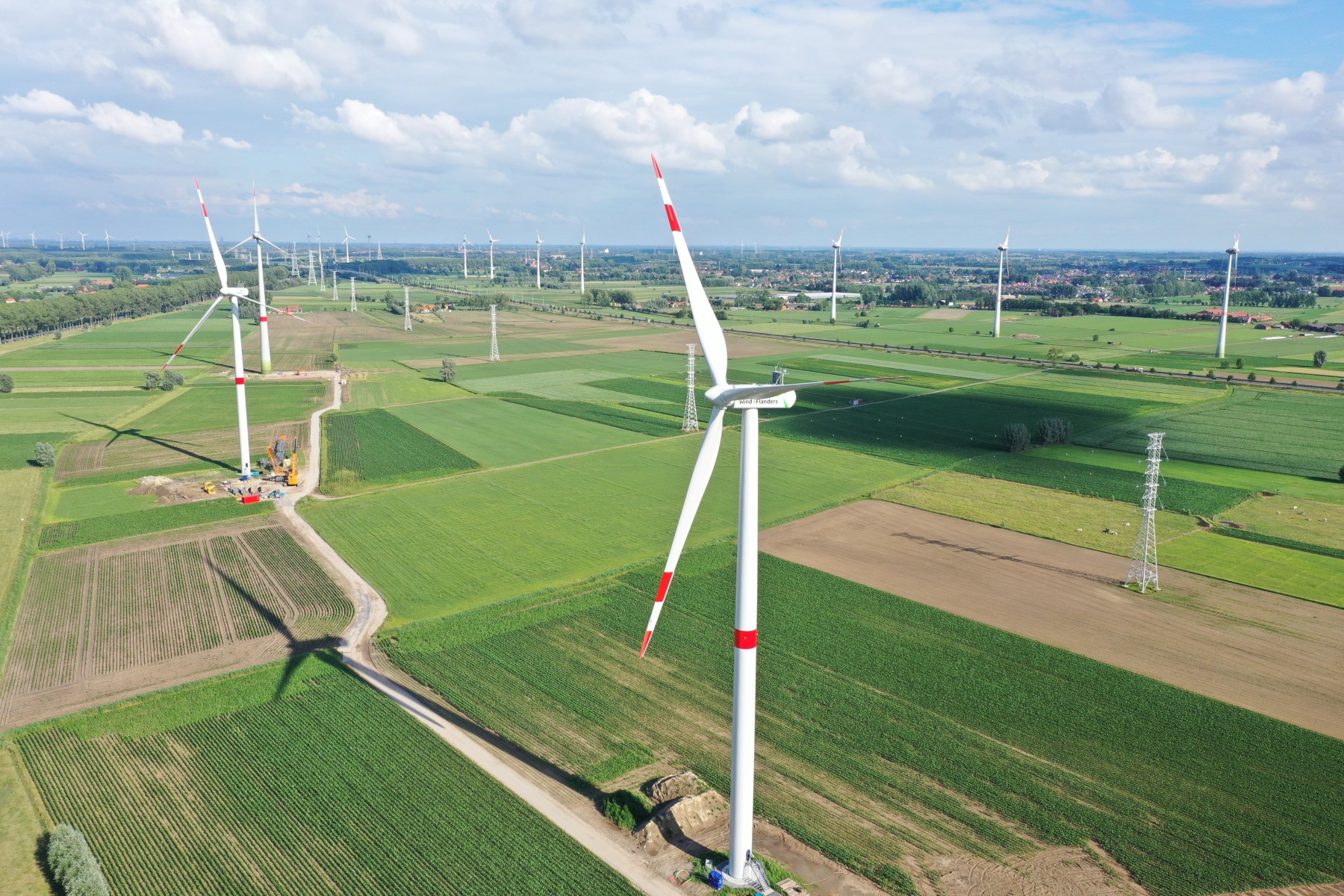 ENGIE_Wind park
The green electricity for Covestro comes from four onshore wind farms operated by ENGIE. One of them can be seen here. © ENGIE

Covestro will be covering almost half of its future electricity demand in Belgium from wind energy. The company concluded a Power Purchase Agreement (PPA) with ENGIE, the largest producer of renewable energy in the country. From April 1, 2021, the energy provider is going to supply around 45 percent of the electricity demand of Covestro in Antwerp from 15 wind turbines in four newly constructed onshore wind farms.

The new agreement, known as a Corporate PPA, covers a capacity of 39 megawatts. This equals the energy supply for about 30,000 private households and reduces Covestro’s carbon footprint in Belgium by more than 38,500 metric tons of CO₂, which is equivalent to the emissions of almost 20,000 cars per year.

"The new supply agreement is a milestone in the conversion of our production to the use of renewable energies," says Georg Wagner, Managing Director at Covestro in Antwerp. "Wind energy, together with the use of sustainable raw materials and innovative recycling technologies, are important steps towards realizing our vision of becoming fully circular and achieving the climate goals of the European Green Deal. We are pleased to have found a partner in ENGIE to take this next step, with which we support our customers and the corresponding value chains to produce more sustainably."

Vincent Verbeke, head of ENGIE Global Energy Management in Belgium, says, "Being the largest renewable energy producer in Belgium, ENGIE acts to accelerate the transition towards a carbon-neutral world, by supporting its clients in reaching their sustainability goals. We are proud to help Covestro meet their environmental goals and to facilitate their consumption of onshore wind energy. This contract also illustrates ENGIE’s strong ambition to increase renewables’ development in Belgium."

Covestro already signed a major industrial customer supply contract with energy provider Ørsted to cover a significant proportion of the electricity requirements of the German sites for a long-time period as from 2025. The current contract with ENGIE will make Antwerp the first Covestro production site powered almost half by wind energy.

At its Antwerp site, Covestro produces the high-performance plastic polycarbonate, which is used in car headlights, electrical and electronic components, LED lights, medical technology and many other applications. It also produces polyethers and the important industrial chemical aniline. The latter is eventually processed into methylene diphenyl diisocyanate (MDI), a raw material for rigid polyurethane foam, which has proven to be an efficient insulator for buildings and in the cold chain.

With 2020 sales of EUR 10.7 billion, Covestro is among the world’s leading polymer companies. Business activities are focused on the manufacture of high-tech polymer materials and the development of innovative, sustainable solutions for products used in many areas of daily life. In doing so, Covestro is fully committed to the circular economy. The main industries served are the automotive and transportation industries, construction, furniture and wood processing, as well as electrical, electronics, and household appliances industries. Other sectors include sports and leisure, cosmetics, health and the chemical industry itself. At the end of 2020, Covestro has 33 production sites worldwide and employs approximately 16,500 people (calculated as full-time equivalents).

ENGIE is the Belgian market leader in sales of electricity, natural gas and energy services. As the company has decidedly chosen the path of a carbon neutral transition, it offers innovative solutions to its residential, professional and industrial customers, for a more economical and rational use of energy and greater comfort. As the largest producer of green energy, ENGIE produces electricity close to its customers, through a diversified and low carbon production park. ENGIE employs 17,000 experts in energy and energy services in Belgium.

This investor news may contain forward-looking statements based on current assumptions and forecasts made by Covestro AG. Various known and unknown risks, uncertainties and other factors could lead to material differences between the actual future results, financial situation, development or performance of the company and the estimates given here. These factors include those discussed in Covestro’s public reports which are available at www.covestro.com. The company assumes no liability whatsoever to update these forward-looking statements or to conform them to future events or developments.