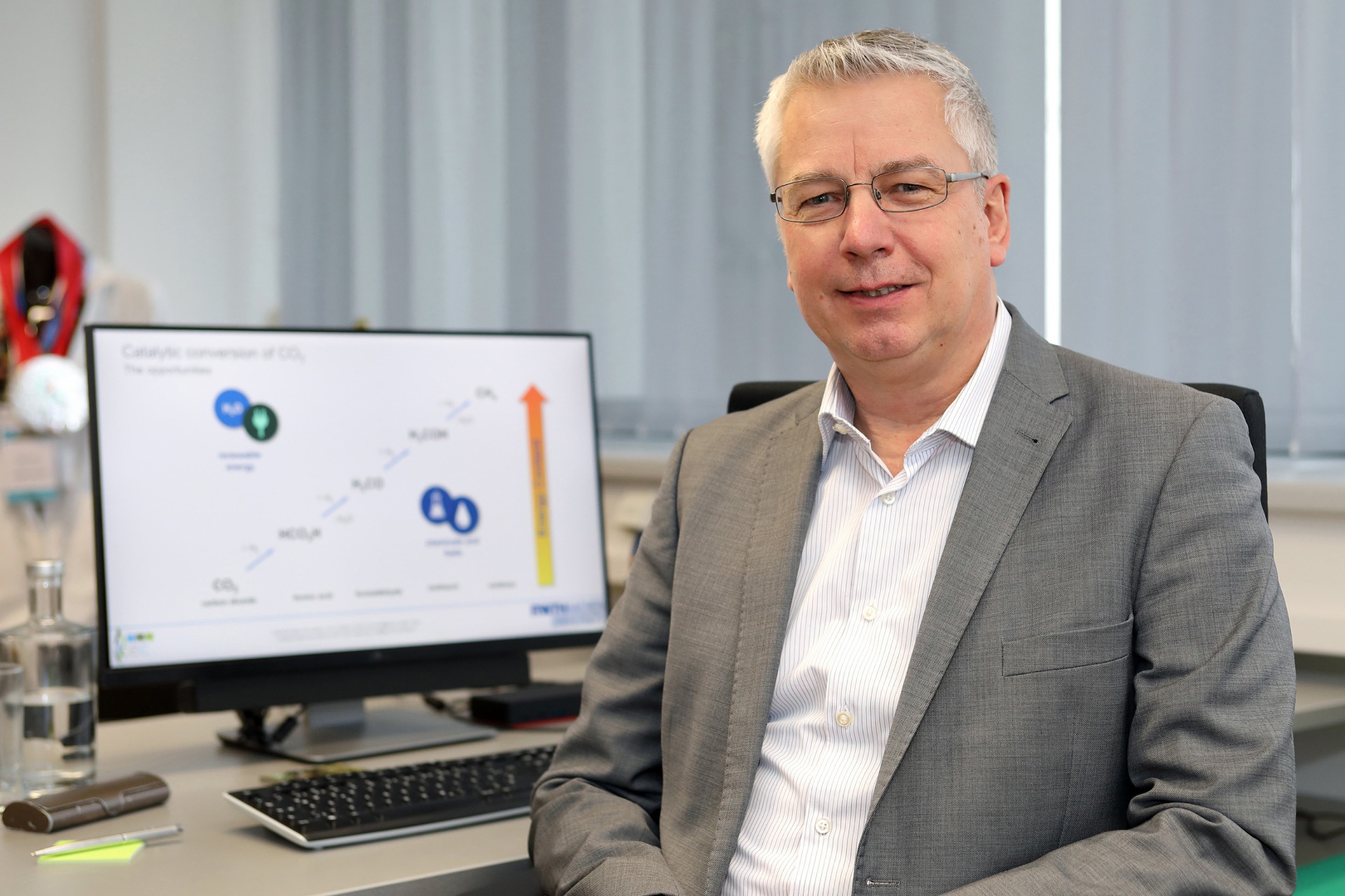 2019-143-5-212547.jpg
Professor Walter Leitner is doing research on novel catalysts which are also needed for using CO2. He works at RWTH Aachen University and at Max Planck Institute for Chemical Energy Conversion.

Catalysts are practically matchmakers that combine chemical substances with each other. Research into novel catalysts with a view of making chemical processes particularly sustainable is the focus of Professor Walter Leitner's work. The scientist has been chair of "Technical Chemistry and Petrol Chemistry" at RWTH Aachen University since 2002. Since 2017, he has also been Director of Molecular Catalysis at the Max Planck Institute for Chemical Energy Conversion in Mülheim an der Ruhr, also in Germany. He is particularly interested in the use of CO2 as a raw material at the interface of chemistry and energy.

Born in 1963 in Pfarrkirchen, Germany Leitner began his scientific career at the universities of Regensburg, Oxford and Jena and at the Max Planck Institute for Coal Research in Mülheim an der Ruhr. He is active in numerous scientific committees and holds a number of honorary offices. For example, he has been a member of the Executive Board of DECHEMA Gesellschaft für Chemische Technik und Biotechnologie since 2018.

The research of Leitner and his team is documented in more than 300 publications in scientific journals and books. He has given over a hundred guest lectures at international conferences and research institutions around the world. Leitner has been involved in the filing of more than 60 patents and patent applications. He has also received numerous honors and awards, including the Otto Roelen Medal of DECHEMA, the Wöhler Prize for Sustainable Chemistry of the German Chemical Society (GDCh) and the Sustainable Chemistry Award of the European Association of Molecular Sciences.

Leitner co-developed the concept of the CAT Catalytic Center in Aachen, a joint research facility of RWTH Aachen University and materials manufacturer Covestro. Since 2007, he has acted as Academic Director there.

The scientist lives in Aachen and Mülheim, is married and has two adult children.