Further growth in demand in an increasingly challenging market environment 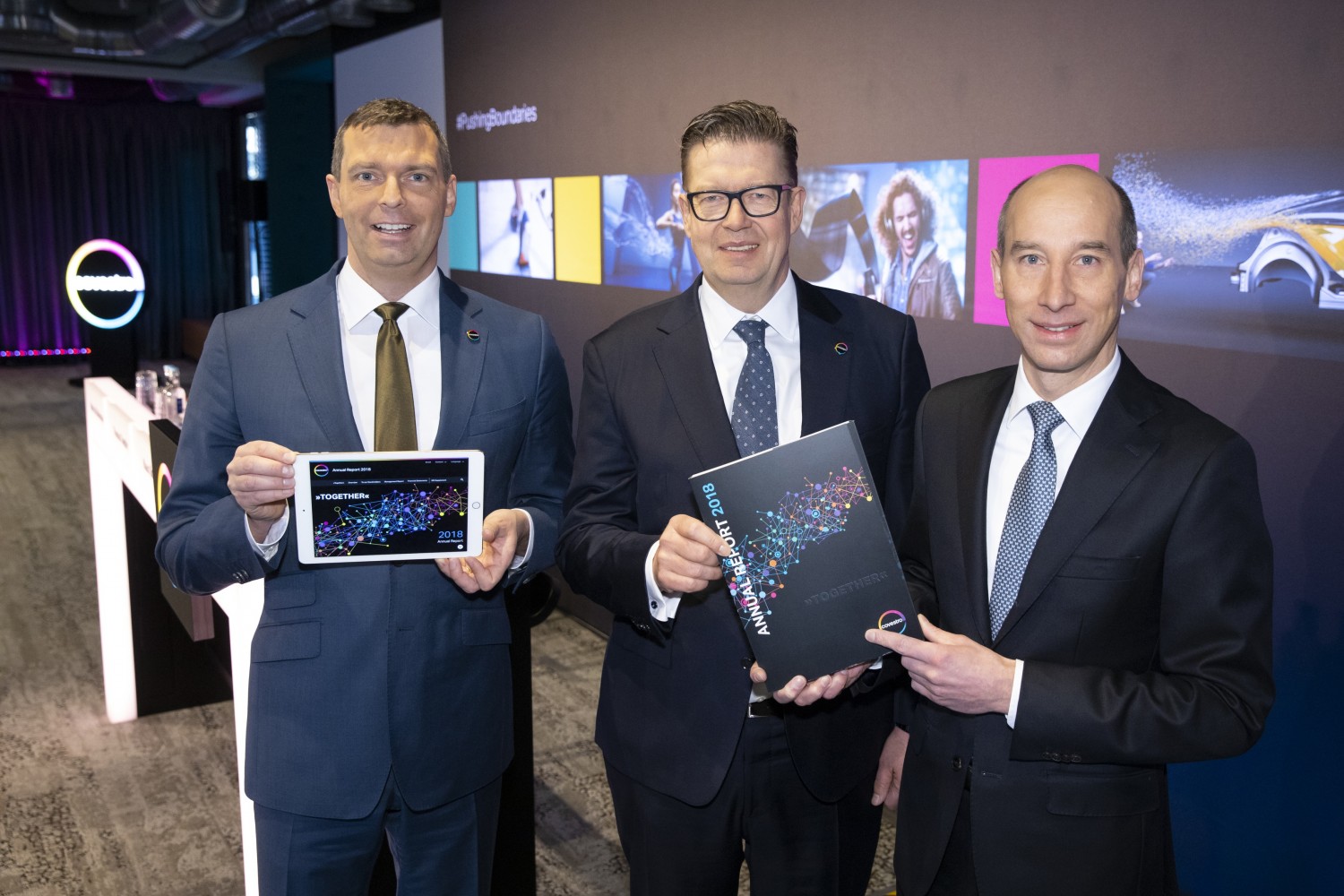 Covestro generated strong results in 2018 while challenges mounted throughout the year. Core volumes increased 1.6%, and Group sales rose by 3.4% to EUR 14.6 billion. After a weaker fourth quarter, Covestro could not achieve earnings at the previous year’s levels, which were marked by an outstanding positive business environment. Despite the decline of selling prices coupled with declining margins in the second six months, Covestro generated EBITDA of EUR 3.2 billion, 6.8% below the record year of 2017. Net income reached EUR 1.8 billion (–9.3%) while EPS slightly declined by 4.7% to EUR 9.46. Based on this business performance, Covestro plans to raise the dividend by around 9% to EUR 2.40 per share (previous year: EUR 2.20).

“Demand for our high-tech materials remains intact. That is a strong foundation for our profitable growth in the long term, especially in an increasingly challenging market environment,” explained CEO Dr. Markus Steilemann. “We have launched important strategic initiatives in 2018 to actively promote this growth path. These include investments in specific business segments with above-average demand potential and a stronger focus on efficiency.”

Further growth in demand with declining margins at the same time

In an unsettled year, Covestro achieved solid results also in additional key figures in 2018. Free operating cash flow (FOCF) decreased to EUR 1.7 billion due to increased investments. Return on capital employed (ROCE) stood at 29.5%, well over the multi-year average. Net financial debt remained on a low level of EUR 348 million at the end of fiscal 2018.

“2018 was a successful year for Covestro, even though after a strong start to the year, we did not approach our record year of 2017 overall,” said Dr. Thomas Toepfer, CFO of Covestro. “The last two years were marked by unusually high margins. For 2019, we expect demand to continue to grow, however margins will drop significantly due to competitive pressure.”

Covestro anticipates core volume growth in the low to mid-single-digit percentage range for 2019 as a whole. FOCF is expected to be between EUR 300 and 700 million, while ROCE is projected between 8% and 13%. Due to the increased competitive pressure, Covestro expects EBITDA between EUR 1.5 and 2.0 billion. In the first quarter of 2019, EBITDA is anticipated to be around EUR 440 million.

In 2018, Covestro took important strategic steps to further reinforce the Group’s position in relation to the competition. One key here are the investments to be made in profitable growth segments. The Group aims to build a new world-scale plant to produce the rigid foam precursor MDI in Baytown, Texas (United States). Another example is the expansion of production activities for the high-margin specialty films business at four sites worldwide. Simultaneously, the aim is to diversify the Group’s portfolio to ensure even greater independence from cyclical fluctuations. Covestro today generates more than 50% of Group sales with resilient businesses.

Stronger focus on efficiency and effectiveness

By way of a program launched in 2018, Covestro will step up the focus on effectiveness and efficiency going forward. By 2021 at the latest, the cost savings are estimated at around EUR 350 million per year with the goal of limiting the increase in operational costs. This will be accomplished mainly through stepped up cross-division partnerships and increased use of digital solutions. Initial measures will be implemented in the coming months:

A centralized marketing department will be set up to consolidate the global marketing and communications functions of the segments.

The company has consolidated all digital activities since 2017 in the ‘Digital@Covestro’ strategic program with the aim of advancing the digital transformation of the Group. Initial successes have become evident in recent months: Sales and marketing channels have been expanded and new online sales platforms developed. Since 2018, a global team has been working in Research and Development on faster and more efficient application development with the help of high-performance computer systems. New software solutions for predictive maintenance and repair of equipment were developed in production.

In 2018, Covestro continued the share buy-back program begun in the previous year. The company acquired shares in three tranches totaling more than 9.8% of the capital stock and valued at nearly EUR 1.5 billion. Along with the dividend paid, Covestro therefore returned to stockholders a total of some EUR 1.7 billion in the past fiscal year. The Board of Management plans to propose to the coming Annual General Meeting a new authorization to acquire treasury shares at an amount of up to 10% of the capital stock.

Volume growth in all segments

The Polyurethanes segment recorded stable performance in core volumes sold in 2018 with modest growth of 0.8%. Compared with 2017, EBITDA decreased by 19.1% to EUR 1,763 million. Although greater total volumes and higher average selling prices on average improved earnings in the full year, these increases could not offset the negative effects of increasingly intense competition, particularly in the fourth quarter of 2018. In addition, there were non-recurring positive effects in fiscal 2017 due to which EBITDA was expected to decline in 2018.

Core volumes in Polycarbonates rose by 3.0%. EBITDA increased by 21.5% to EUR 1,036 million. An overall positive margins trend and greater total volumes lifted earnings, as did the proceeds from the sale of the U.S. sheet business. Over the course of the fourth quarter of 2018, earnings were burdened by an increasingly challenging competitive environment.

More intense competition and exceptional expenses in the fourth quarter

In the fourth quarter of 2018, Covestro saw volume growth of 1.7%. At the same time, the market environment became significantly more challenging. Group sales slid 7.1%. Apart from intensified competition, non-recurring effects such as higher logistics costs as a result of the low level of the Rhine River and expenses related to the efficiency program underway had a negative effect. EBITDA therefore decreased by 66.7% to EUR 293 million. Net income dropped 86.0% to EUR 79 million (Q4 2017: EUR 566 million). At EUR 363 million, FOCF was 44.6% below the figure for the prior-year quarter (EUR 655 million).

With 2018 sales of EUR 14.6 billion, Covestro is among the world’s largest polymer companies. Business activities are focused on the manufacture of high-tech polymer materials and the development of innovative solutions for products used in many areas of daily life. The main segments served are the automotive, construction, wood processing and furniture, and electrical and electronics industries. Other sectors include sports and leisure, cosmetics, health and the chemical industry itself. Covestro has about 30 production sites around the globe and as of the end of 2018 employed approximately 16,800 people (full-time equivalents).

This investor news may contain forward-looking statements based on current assumptions and forecasts made by Covestro AG. Various known and unknown risks, uncertainties and other factors could lead to material differences between the actual future results, financial situation, development or performance of the company and the estimates given here. These factors include those discussed in Covestro’s public reports which are available at www.covestro.com. The company assumes no liability whatsoever to update these forward-looking statements or to conform them to future events or developments