Reaching for the stars 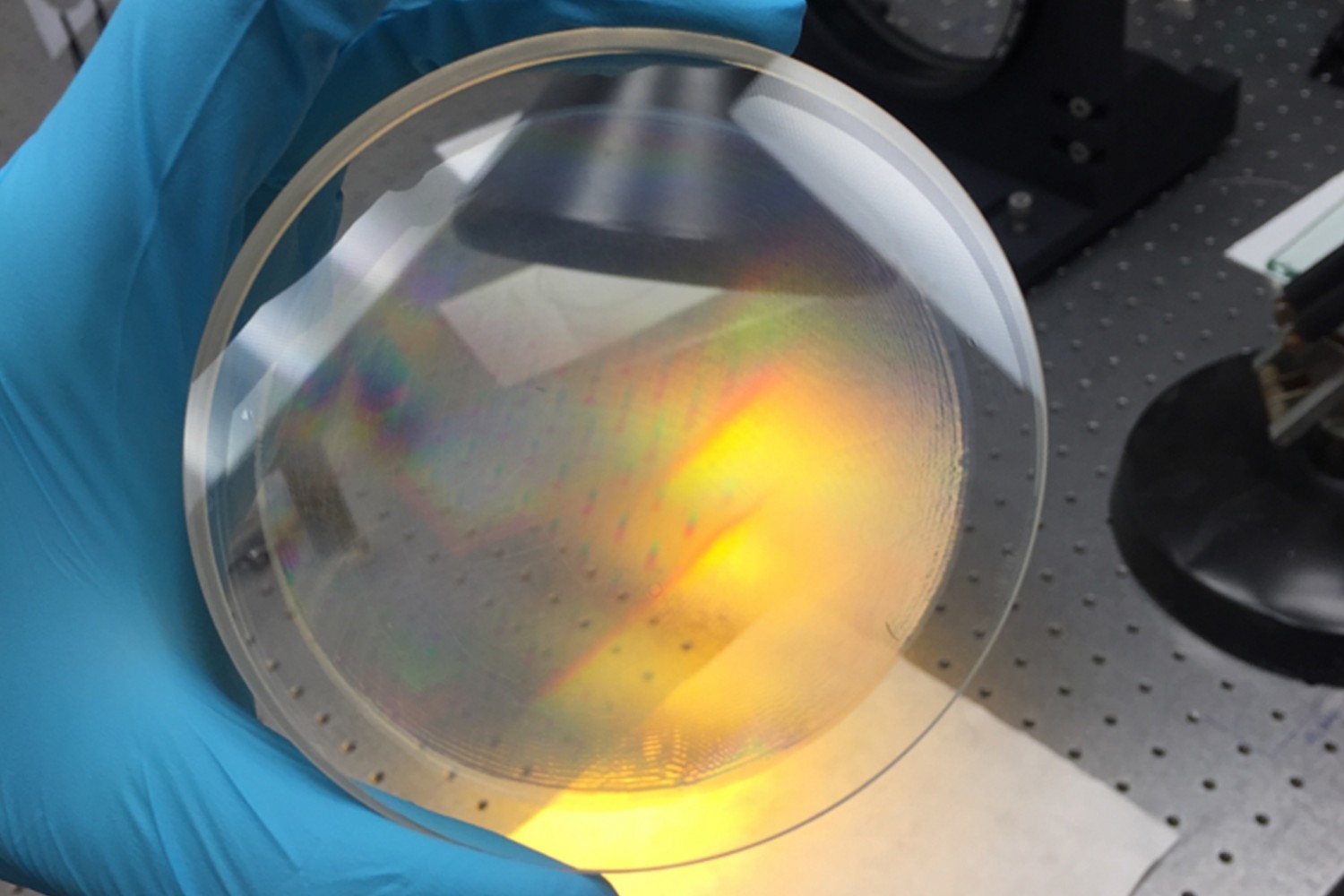 Photopolymer films for telescopes
Current material developments for telescopes aim at a further improvement of the spectroscopic analysis of starlight. In cooperation with the Italian INAF Institute, Covestro has developed tailor-made Bayfol® HX photopolymer films in which highly efficient volume holograms can be inscribed to effectively decompose starlight into its colors.

Today's astronomical high-performance telescopes not only serve the precise imaging observation of stars and galaxies, but also allow a multitude of highly specific, physical investigations to elucidate the physical and chemical processes in a star, from its formation to super nova. While the instruments are getting bigger and bigger with the aim of achieving an even higher image resolution and penetrating into even greater depths of space, current material developments aim at a further improvement of the spectroscopic analysis of starlight while at the same time reducing the complexity of the necessary instruments.

The National Institute for Astrophysics in Italy (INAF) is working on holographic optical elements based on volume holograms, which very effectively decompose the light of stars into their colors in order to study it spectroscopically. During many years of cooperation with the materials manufacturer Covestro its tailor-made Bayfol® HX photopolymer films proved to be ideal for the reproducible production of highly efficient volume holograms in high-performance telescopes for very different and novel spectrometers for each of the cases realized to date. This allows periodic refractive index patterns to be flexibly inscribed into the volume of thin Bayfol® HX films using an appropriate laser exposure setup. The starlight is diffracted very efficiently at this periodic refractive index pattern. This separates the starlight much more effectively into its spectral components than is known from a prism.

The new “reach for the stars”

“Thanks to these light-bearing photopolymer films, we were able to literally shift astronomical boundaries,” says Alessio Zanutta, Project Manager Holography at INAF – Astronomical Observatory of Brera. “In contrast to the materials previously used and available for the production of diffraction gratings and their processing limitations, volume holograms based on Bayfol® HX enable a wide variety of diffraction grating geometries and very high combinability or integration with or into other optical elements. That opens the door to the realization of completely new spectrometers and consequently a completely new ´reach for the stars´.” For example, INAF has already succeeded in introducing the film into observatories worldwide with several instruments each in five high-performance telescopes. The oldest holographic optical element produced this way has been working reliably for over eight years.

Bayfol® HX films consist of a transparent carrier film on which a light-sensitive layer and an additional protective outer film are placed. They are manufactured on an industrial scale. In Bayfol® HX, volume holograms can be imprinted in the films in a user-friendly, purely optical manner and reproducibly, without any chemical pre-treatment or post-treatment.

“Our photopolymer films can be successfully used in demanding applications such as spectrometers in high-performance telescopes for astronomy. They are, of course, particularly suitable for many consumer applications,” explains Friedrich-Karl Bruder, Head of Application Development Holography. These include transparent windshield displays, innovative holographic car lighting, forgery-proof documents, smart and augmented reality glasses, as well as cockpit use to protect pilots from laser attacks from the ground.

Photopolymer films for telescopes
Current material developments for telescopes aim at a further improvement of the spectroscopic analysis of starlight. In cooperation with the Italian INAF Institute, Covestro has developed tailor-made Bayfol® HX photopolymer films in which highly efficient volume holograms can be inscribed to effectively decompose starlight into its colors.